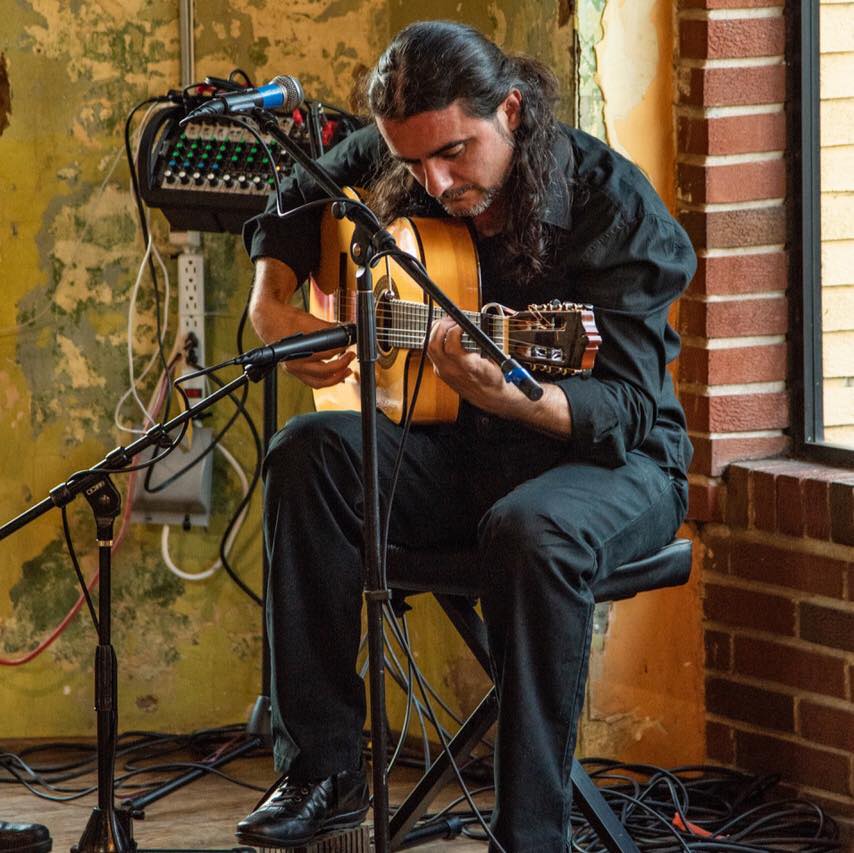 Juan Pedro, a native of Cadiz in the South of Spain, was raised performing with the gypsy family Romeros de Vejer. A singer and guitarist, he studied music at the Royal Conservatory, and learned from Flamenco singer Calixto Sánchez, Jose Anillo, and guitarists such as Victor Rosa, Tito Alcedo and Rafael Segura Torres (Faluky).

Since graduating from the Conservatory, Juan Pedro has gone on to work with such artists as Toñi Romero, Susana Romero, Ana Polanco, Selu del Puerto, Maria del Mar Ramos and Juanito Berrocal. And recently with Javier Heredia at Alegrías en la Nacional in New York City.

He also had the privilege to play for the great flamenco dance teacher Carmen Cornejo de Cádiz, for more than ten years. He currently collaborates with local Flamenco artists and can be seen performing regularly in the Tri-State area. In recent years, has toured the Ferias de Sevilla, Jerez, El Puerto de Santa Maria, Sanlucar, Algeciras and Cordoba. He has also played in El Rocio with the Hermandad de Jerez, and in Peñas Flamencas and Festivals throughout the Province of Cádiz.