Into the Shadows of Nothingness 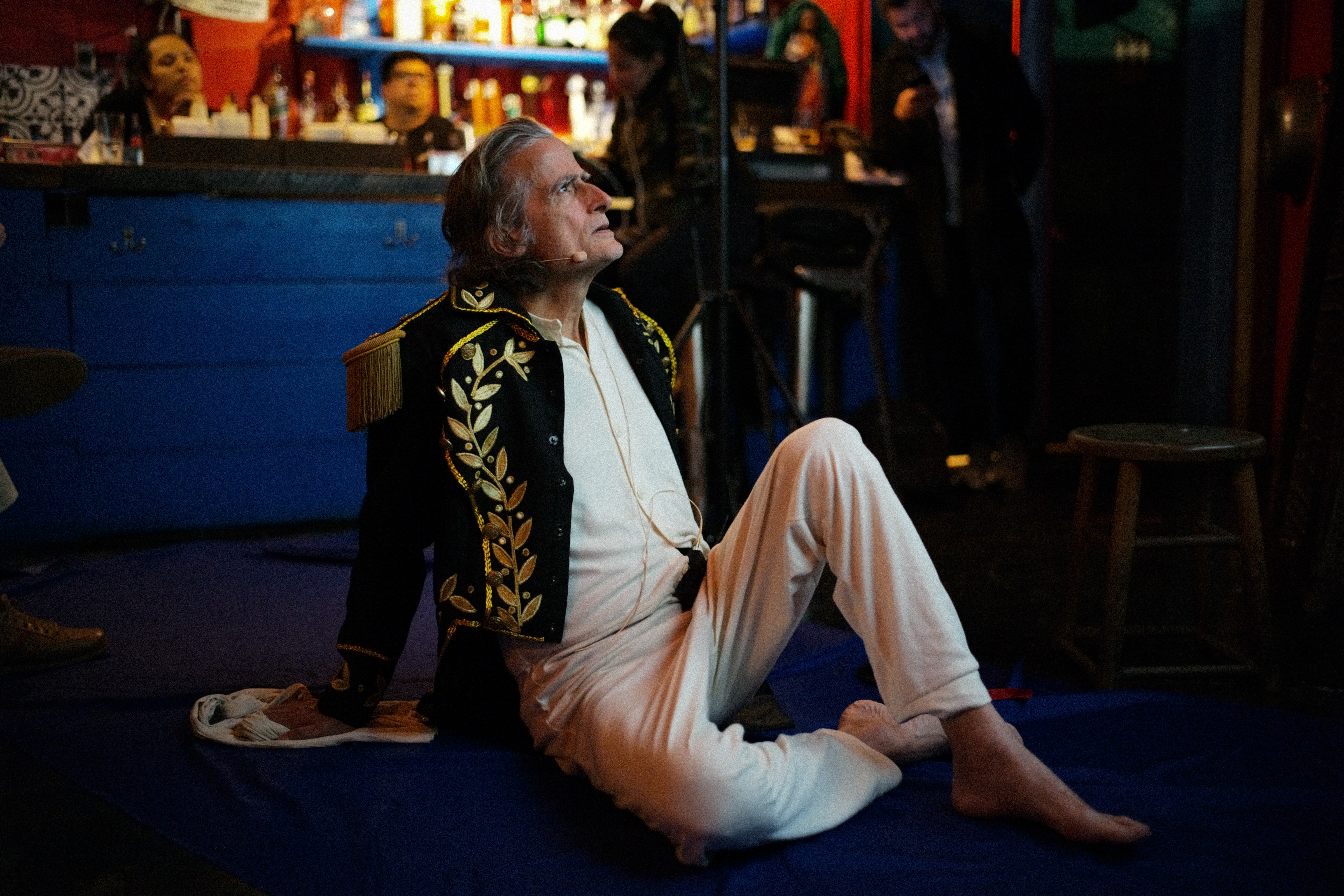 Terraza 7’s Fridays of Musical Theater Series presents:
“Into the Shadows of Nothingness”

A new play by Sebastián Ospina. This time the one man show is in English. A free adaptation of EL GENERAL EN SU LABERINTO the novel by Gabriel García Márquez. The story focuses on Manuela Sáenz born in Ecuador and Simón Bolívar´s love in the last 7 years of his life. Manuela survived Bolívar 26 years and the legend goes that she wrote love letters to her dead lover till the last day of her life. She died forgotten in an abandoned port in the northern shore of Perú. There she receives the visit of Herman Melville the young writer who was to write a famous American novel: MOBY DICK. In a narrative, fusion of film and stage, actress Esther Levy, born to Jewish American father and Mexican mother, plays on screen the role of Manuela Sáenz.
The videos for the show are work of filmmaker Catalina Santamaría and music is the work of Colombian composers of the 19th and 20th century. The theme song CONSTANT LOVE BEYOND DEATH is performed by singer Johanna Castañeda.

$15 suggested donation. FREE admission for CHILDREN 12 and under.