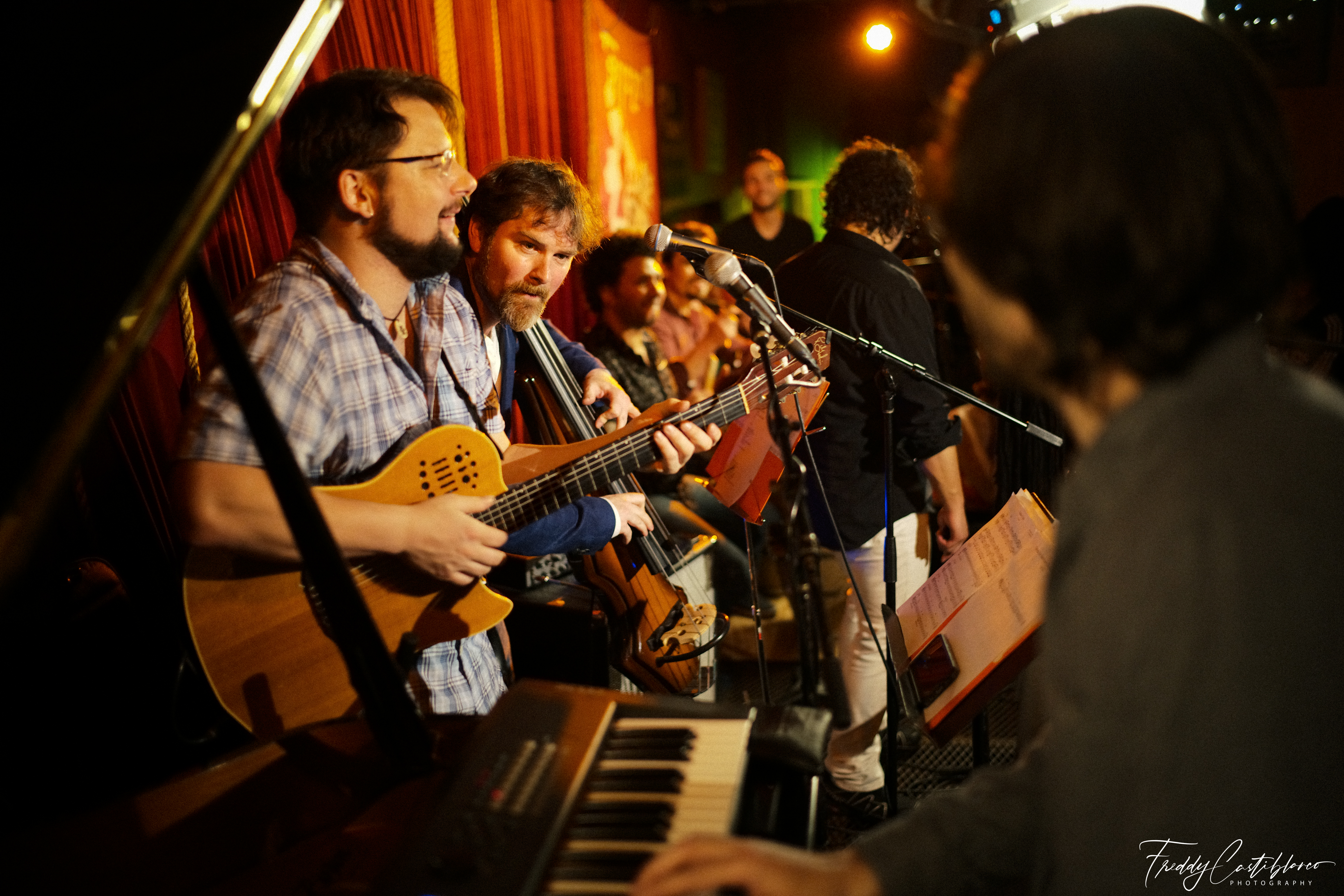 Eric Kurimski is New York’s most sought-after guitarist for Afro Peruvian music and a favorite at Terraza 7. In 2002, after years of studying and performing Jazz, he began intense research of Afro Peruvian rhythms with the esteemed guitarist, the maestro Carlos Hayre (Carlos has influenced and modernized the advancement of Afro-Peruvian music from the 1940s through the present day.) Carlos became Eric’s professor/ mentor and has proved to be very important to his musical career. Now, fusing his knowledge of Jazz with rhythms of Peru and Latin America, Eric has dedicated himself to defining a new sound integrating the Peruvian Cajon (box) as the principal percussion instrument in a Jazz setting. The spectacular playing and skillful blend of acoustic and electric tones bring authority to this brilliant co-mingling of (jazz and Afro Peruvian) traditions that are, after all, rooted in the same musical heritage.

Colombian drummer Juan Felipe Mayorga brings in one diverse trio for a blend of South American rhythms with a contemporary jazz and fusion collage. This trio will interpret jazz standards as well as original compositions exploring different sounds and influences bringing a modern style to Terraza’s “hanging stage”. In a very spontaneous and explosive way, these musicians will improvise through different songs communicating continuously with their instruments, suggesting bee-bop lines, with intricate South American syncopated rhythms and soulful, lyrical melodies.

Edward Pérez has performed with many of the greats in the Afro-Peruvian genre (Eva Ayllón, Chocolate Algendones, Juan Medrano Cotito, Sergio Valdeos, Chevo Ballumbrosio, Gigio Parodi, etc). Also known for his work as a jazz bassist, he has toured throughout the world, performing in many of the worlds foremost venues and recorded on a CD nominated for Grammy in the category of best Latin-jazz album.