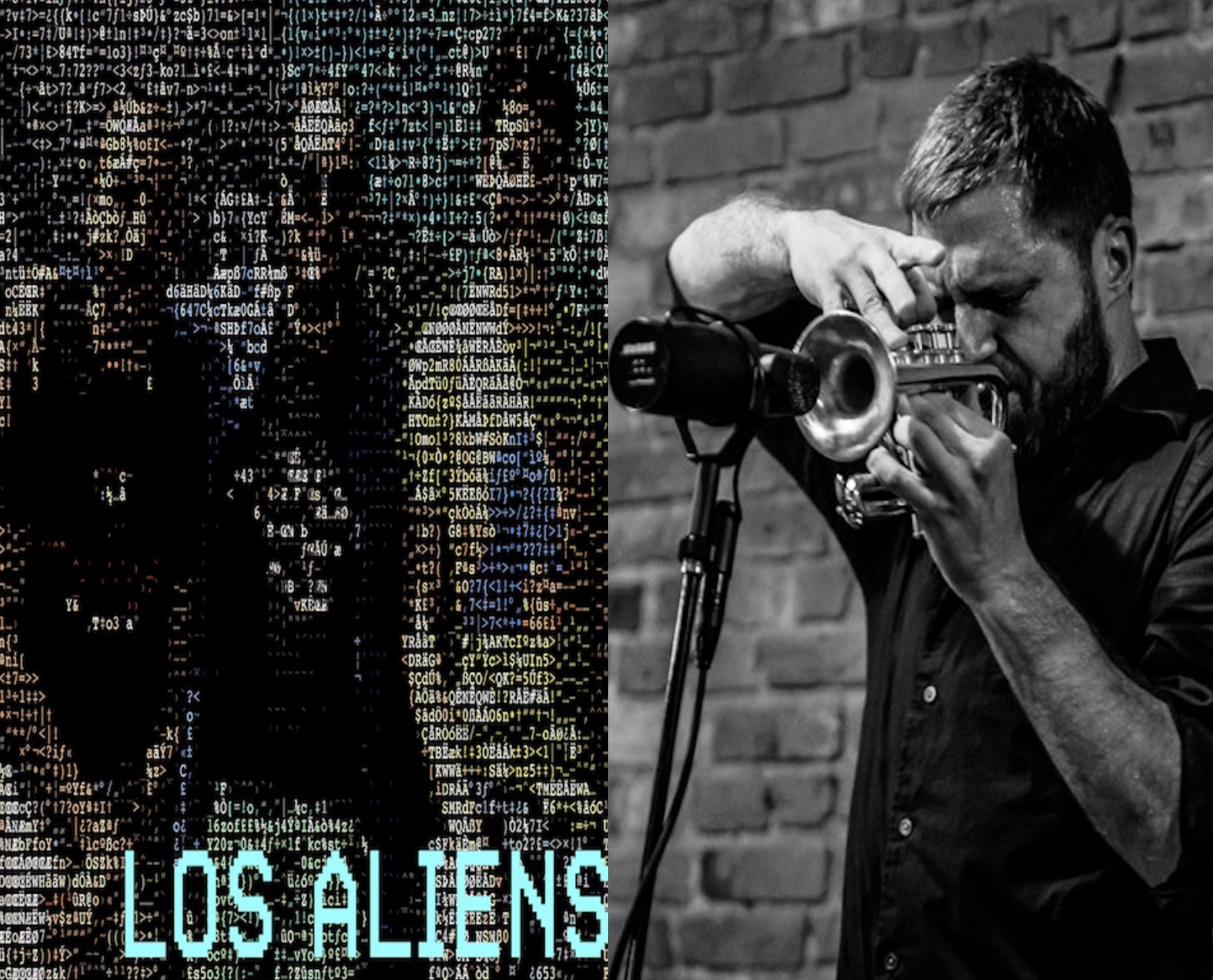 Coming from their planet’s tropic, LOS ALiENS are charged with its heat and rhythm. They ignore earthly frontiers especially in the realm of sound. As spontaneous creators with their sonic technology they send the minds of their listeners to the unknown while imposing the power of their beats to make bodies move unceasingly.

The Peter Evans Ensemble represents a new chapter in Evans’ career as a bandleader and composer. After years of touring with his electro-acoustic Quintet and releasing 3 critically acclaimed recordings with that group, in late 2016 the band expanded its membership to reflect the increasingly multi-dimensional and orchestral direction of Evans’ music. The ensemble is a 21st century chamber ensemble dedicated to a broad range of creativity, drawing on dense notated scores, free improvisation, and novel combinations of acoustic and electronic sounds.