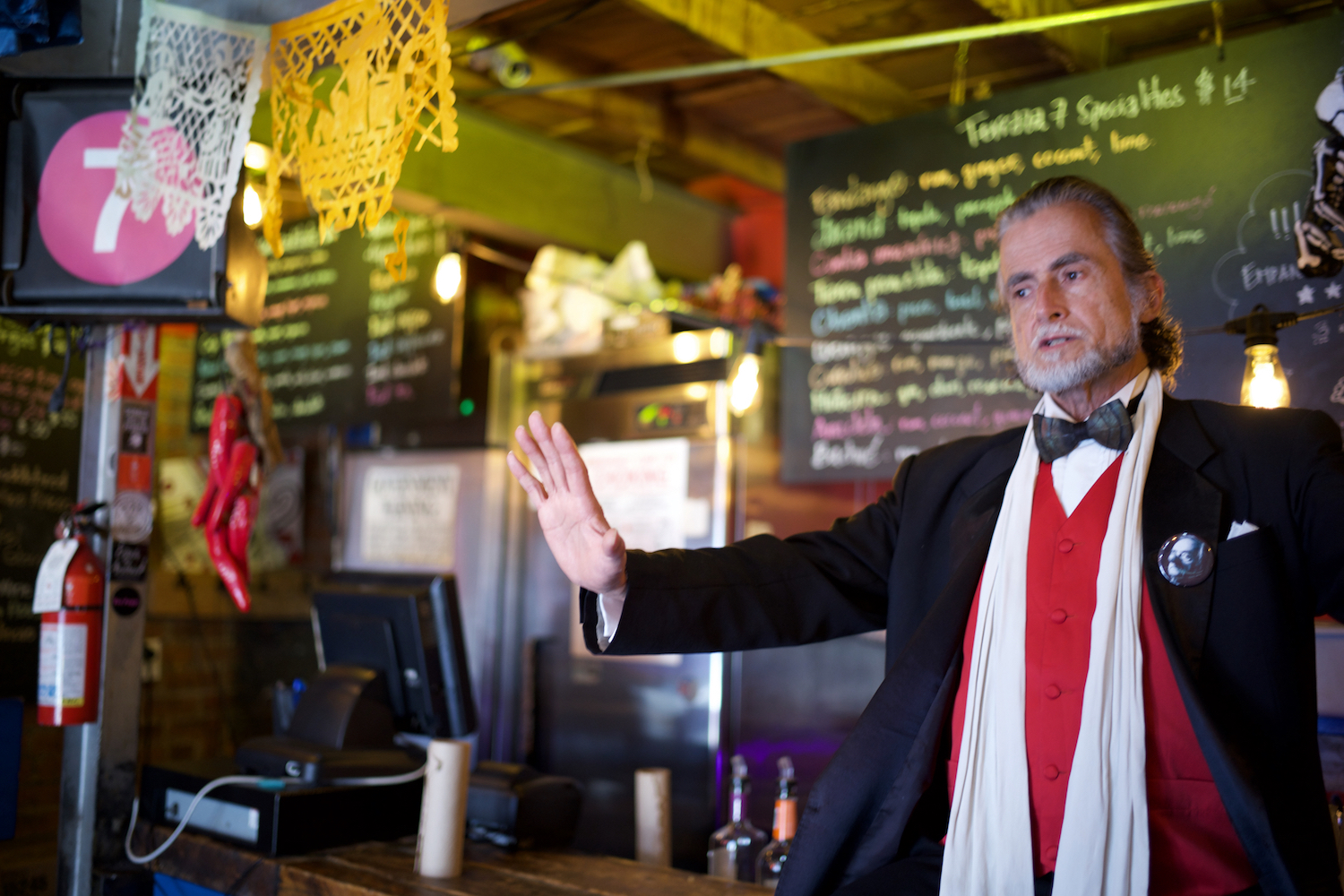 $12 suggested donation. FREE admission for CHILDREN 12 and under.

It is a monologue adaptation of Gabriel García Márquez´s story Blacamán el Bueno, Vendedor de Milagros. The setting is La Guajira and the metaphorical text, which is a beautiful example of magical realism, refers to the illusionism of political power. Terraza Quartet’s gypsy swing evokes the 1920s fakir Blacamán who traveled throughout the continent resurrecting from the dead for each new audience after being buried alive before their eyes.
Sebastián Ospina studied acting at the Lee Strasberg School in New York. He has played leading roles in different soap operas and TV series on Colombian television over the past 30 years. He starred in the film Tiempo de morir (1985), the screenplay of which was written by Gabriel García Márquez. He also worked in France and Germany for the local television in Spanish. He won the National Film Award in 1994 for his screenplay Adiós María Félix, which was made into a film by Luis Ospina titled Soplo de vida. He has been dedicated to teaching in recent years and much of his experience is recorded in video format with memorable images and quotations on his FACEBOOK page: The Actor and The Camera Workshop.