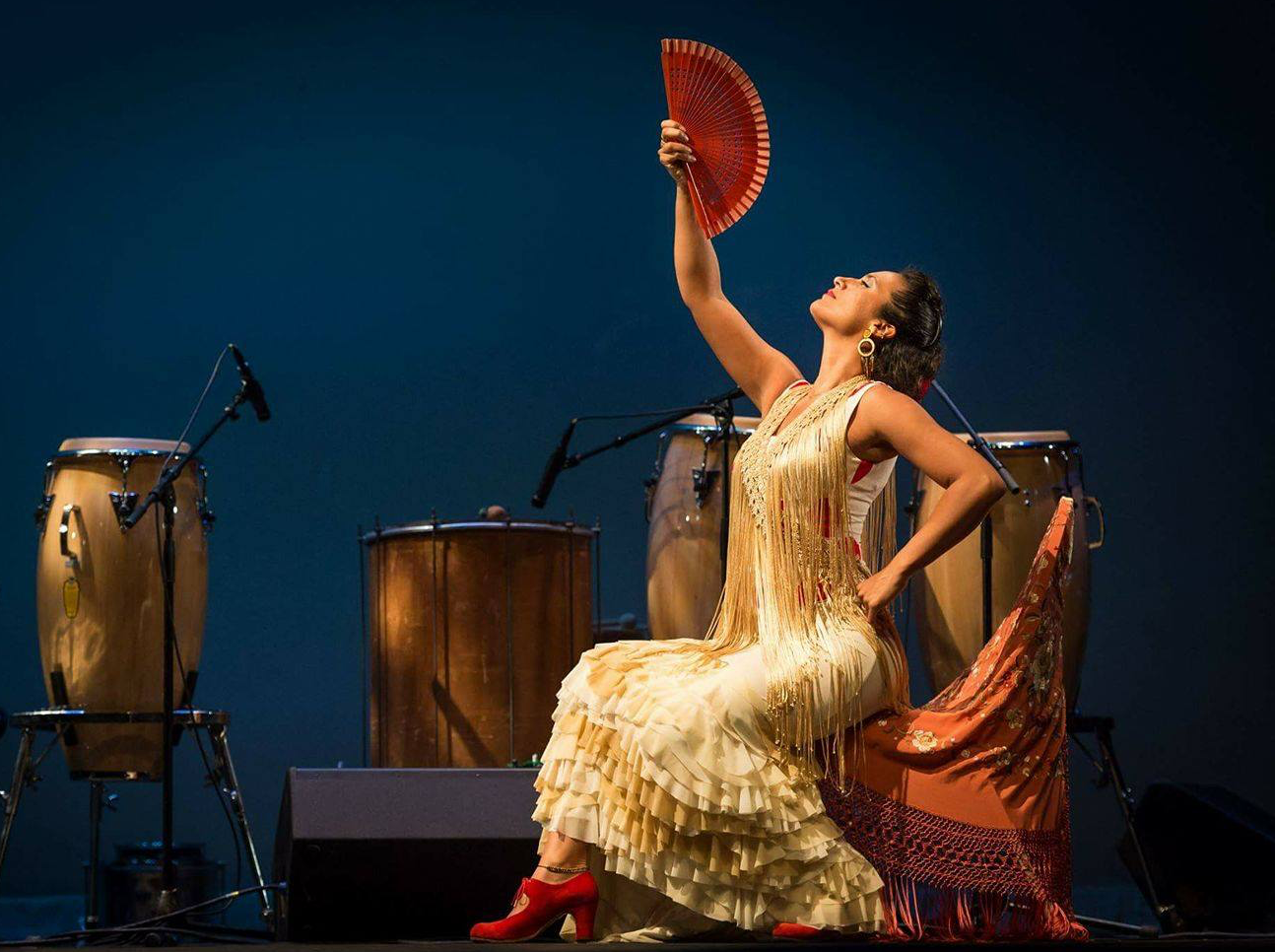 Bárbara Martínez Trio This musical journey departs from Andalucía, Spain with layover in Rio de Janeiro, Brazil and a final landing in Brooklyn, NYC. Flamenco with hints of Brazil and the Caribbean.

Bárbara grew up performing in New York City. Originally from Venezuela, she comes from a lineage of Argentinian tango singers. For almost 20 years she has worked as a dancer and singer with several flamenco dance companies, and danced at the Metropolitan Opera, where she sang as a child. In 2010, Bárbara performed to a sold out house at Carnegie Hall/Weill, singing an eclectic repertoire of flamenco, Latin and world music with her own group. She has appeared in the documentary “Sobre Las Olas – A Story of Flamenco in the U.S.” by Carolina Loyola-Garcia and the photography exhibit entitled “100 Years of Flamenco in New York” at the NY Performing Arts Library. The New York Times called her “Something fresh” and the Philadelphia Tribune has called her voice “achingly beautiful.”