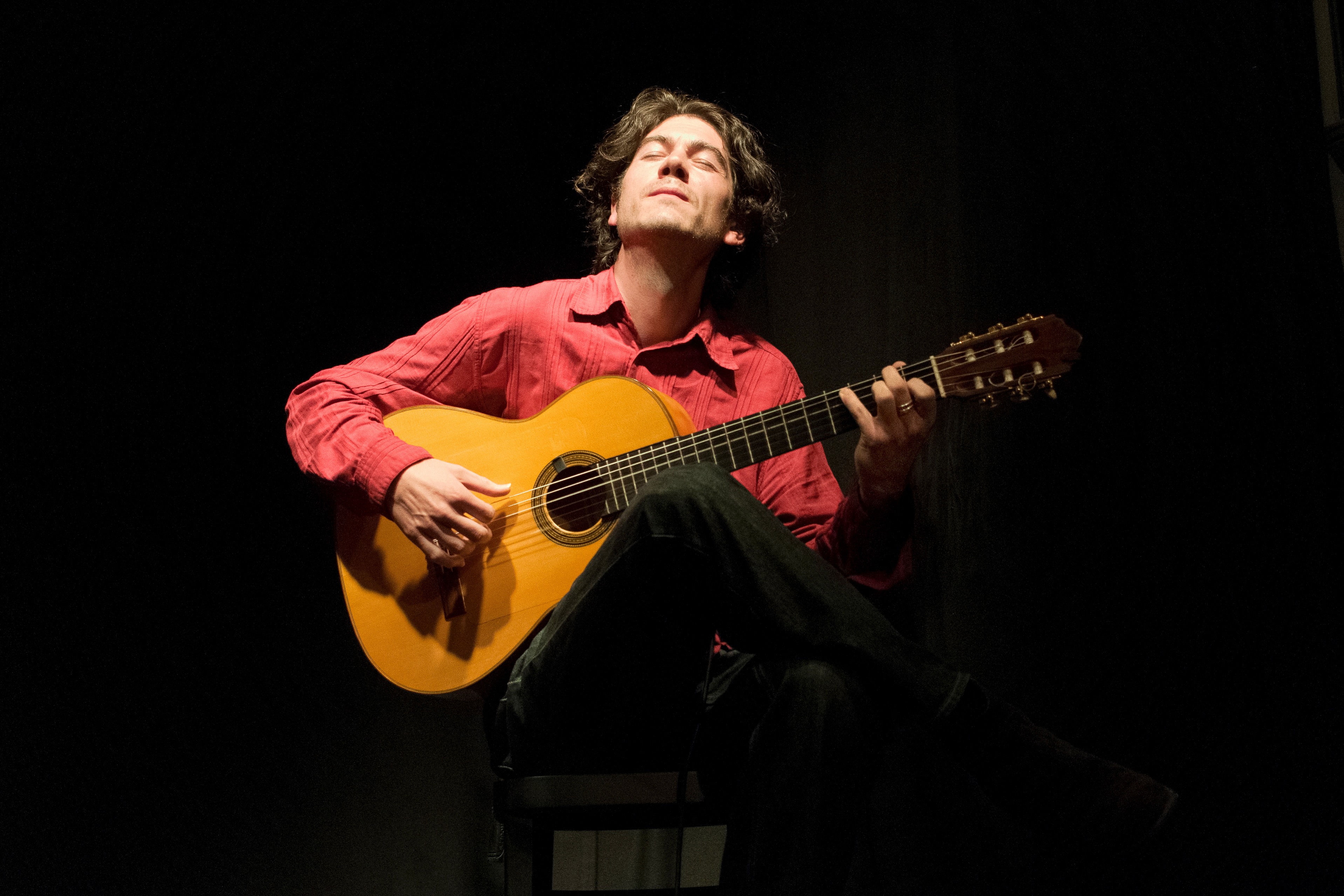 As an artist in a globalized world, Andreas Arnold expresses himself through a musical kaleidoscope that reflects the classical traditions of his homeland Germany, jazz from the US where he has been living for the last decade, and music from the Mediterranean, in particular the art of flamenco guitar from Andalucía. The guitarist-composer has released three CD’s of original music thus far and has performed at venues such as the Kennedy Center Washington, United Nations, Blue Note NYC and Noche Blanca Flamenco Festival Cordoba. He recently released his latest album ODISEA on which he collaborated with Rocio Parilla, Juan Carmona and many other outstanding artists. Songlines (UK) commented “These pieces work their original magic by stealth and a scintillating virtuosity” and Flamenca y mas (Spain) wrote “En el, cada vez más amplio, mundo de las fusiones flamencas el guitarrista Andreas Arnold tiene un papel muy destacado.”