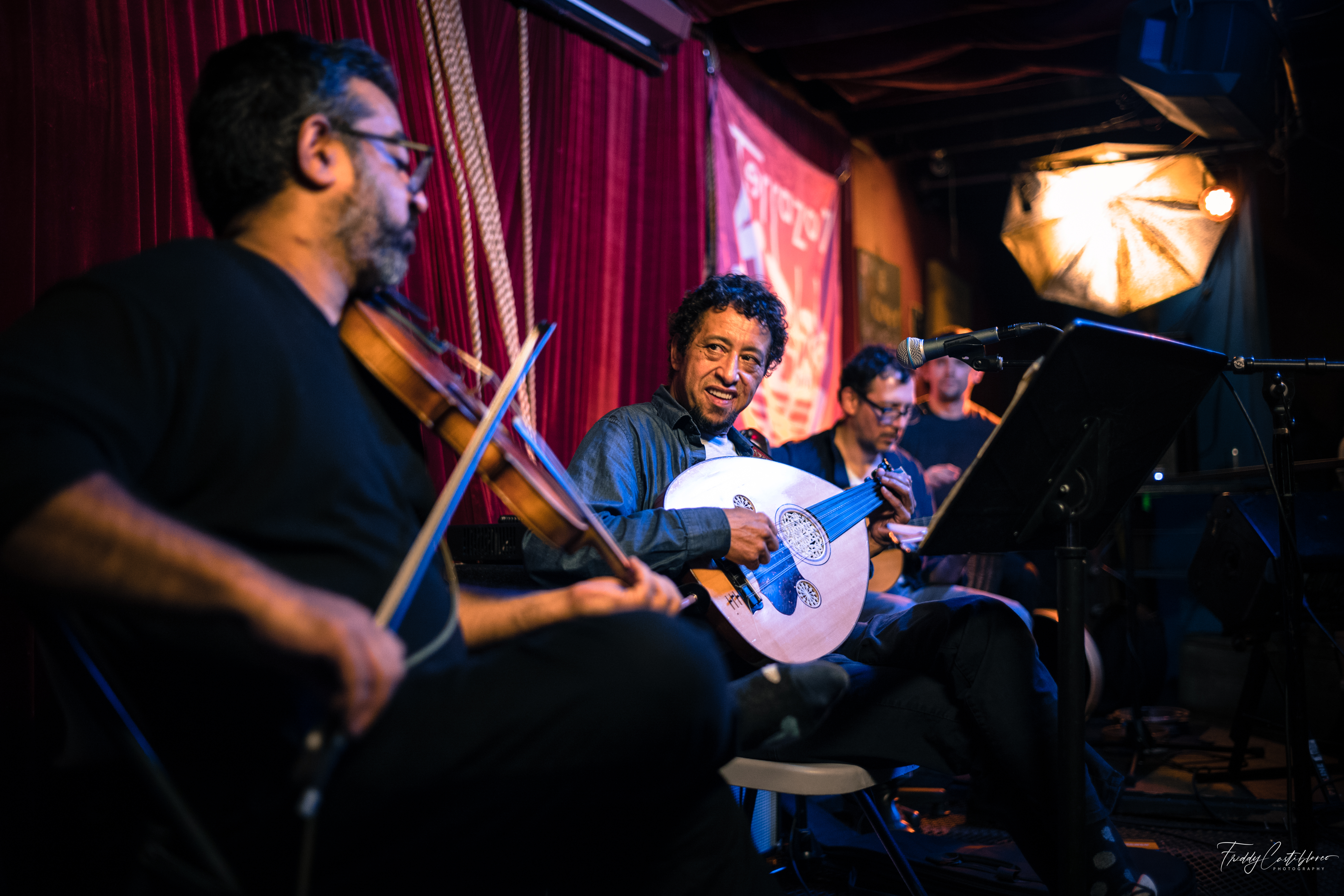 This exciting North African Music band was formed in New York City when Moroccan Percussionist / Oud Braihim Fribgane, highly respected in his native land, joined forces with accordionist Vitor Gonçalves, Dan Nadel on Guitar and, Tali Rubenstein on recorders to form the Brahim Fribgane Andalus Project. Together they bring to life a diverse repertoire of music including songs from ancient Andalusia, North Africa, and the Middle East.

Brahms’s natural ability to communicate his passion on stage breaks the barriers between the audience and performers. Combined with the band’s power to engage the crowd into spontaneous singing and dancing.