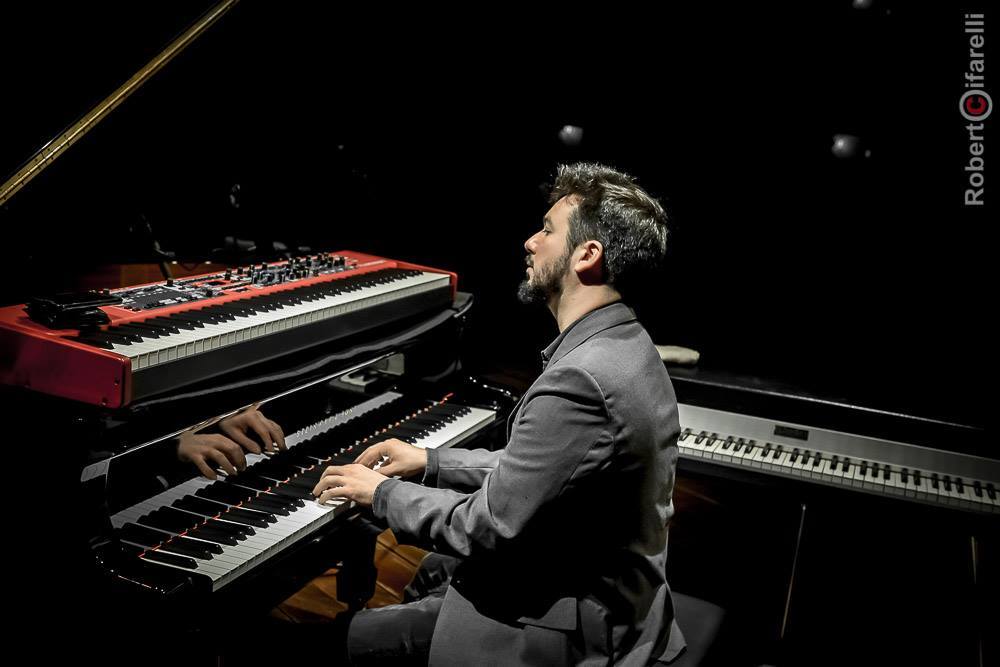 Rooted in jazz with classical education on violin and piano as well as inspirations ranging from Polish and Latin folk music to soul music, Bogna Kicinska likes to explore different meanders of improvised music. Her twisted arrangements of jazz standards, scat solos that go beyond the standard bebop style and her versatile singing captivate the listener. Every month she invites a different well-established NYC musician for an inspiring and unique musical journey.

Since his arrival on the New York scene in 2008, Eden Ladin has become a quiet force of harmonic complexity and lyricism. Playing with a sensitivity that only comes from embracing self-reflection and collective exploration, the pianist, keyboard player and composer has earned recognition from some of the music’s most prestigious publications and institutions and collaborated with a range of artists, including Avishai Cohen (bass), Avishai Cohen (trumpet), Terence Blanchard, Kimberly Thompson, Ben

Growing up in Tel Aviv as the son of prominent Israeli drummer Gil Ladin, Eden began playing drums at age 4 but had gravitated toward the piano by age 8. He continued to cultivate a rhythmic fascination through grade school mand, by age 14, had switched to the piano as his principal instrument, studying privately with Alec Katz and Amit Golan, and with Yafim Yoffe for ear training and harmony. Having received the America-Israel Cultural Foundation scholarship for jazz performance studies abroad, as well as a scholarship to study as an undergrad at The New School for Jazz and Contemporary Music, Eden began seeking out the instruction of such visionaries as, among others, George Cables, Reggie Workman, Billy Harper, Kirk Nurock, William Parker, Robert Sadin, Charles Tolliver, Gerard D’angelo, Jane Ira Bloom, Kevin Hays, Sam Yahel, Joanne Brackeen, Vijay Iyer, Doug Weiss, Ari Hoenig, Ben Monder and Lee Konitz—the latter of whom awakened Eden to an enduring concept: “Play what you sing; don’t sing what you play.”